According to the International Finance Corporation, the South African pension fund industry has $500bn (R8.3tn) in assets under management. This substantial pot of money is the subject of much debate.

The most pointed question being asked is whether it could, and even should, be making a bigger contribution to the economic development of the country.

The more controversial end of this discussion centres around prescribed assets, and whether pension funds should be forced to allocate to certain kinds of investments. It is, however, a lot less controversial to argue that trustees who are focused exclusively on financial returns are not fully serving the interests of their members.

What are people retiring into?

‘As stewards of capital and trustees of retirement funds, it’s one thing to ensure that you are meeting your return targets and giving members the investment returns they made need in order to retire,’ said Claire Rentzke, the CIO at Sukha & Associates during an online event hosted by the CFA Institute. ‘But if they have to retire into a wasteland, as the FSCA [Financial Sector Conduct Authority] put it, then, as trustees and fiduciaries, the job hasn’t really been accomplished.’

It is increasingly understood that retirement funds should be considering their role in broader society. In a world facing a climate crisis, and in a country dealing with persistent poverty and inequality, retirement outcomes cannot be measured only on financial metrics.

Pension funds also no longer have the luxury of time on their side to think about these issues.

‘In our opinion, we probably have around 10 years to bring climate change and temperature increases under control,’ said Rentzke. ‘Ten years is not really a long time. It’s the average life of a private equity fund, which means that now is the time to start planning. 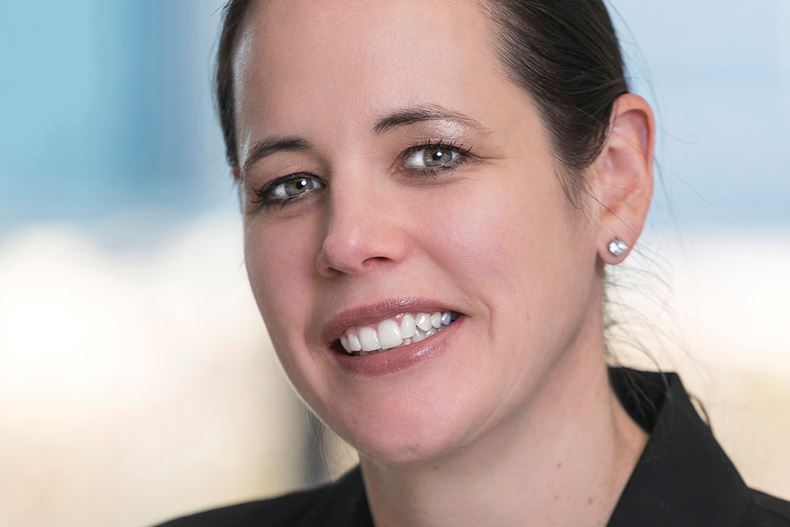 ‘The first step, really, is for trustees, particularity in the retirement fund context, to take a longer-term investment view, to plan for the future and ensure that investment decision-making is both long-term and multi-generational,’ said Rentzke (pictured).

Secondly, she believes that ESG must be fully integrated into investment decision making.

This is also critical in ensuring that any climate transition is a just transition.

Finally, responsible trustees should be moving before they are pushed.

‘Trustees have to be proactive, especially with regard to taking action so that they don’t get blind-sided by regulatory change,’ said Rentzke. ‘The PRI’s (United Nation’s Principles for Responsible Investing) ‘Inevitable Policy Response’ paper talks to this – the fact that regulatory change will come should the system not improve and ESG become more central.’

Achieving these objectives in South Africa is extremely difficult, if not impossible, through only listed investments. The implication is therefore that alternative asset classes have to become more substantial parts of local portfolios.

Shainal Sukha, the MD of Sukha & Associates, explained how this had been done practically by the Consolidated Retirement Fund (CRF) for local government.

‘The CRF is a defined contribution fund with assets in excess of R28bn,’ said Sukha. ‘It has been on a nine year journey and moved from a largely generic responsible investing policy to a policy that is quite specific and targeted.

‘The policy has also taken a holistic approach by stating that members should not only achieve good risk-adjusted returns, but retire in sustainable environments and communities,’ he added. ‘Therefore risks that consider these holistically should be considered and mitigated.’

The CRF has particularity prioritised job creation and ensuring a just climate transition in its investment policy.

‘The CRF has been proactive in its allocations and already has 18.4% allocated to alternatives, which flows through to direct economy,’ said Rentzke. ‘That exposure is well diversified across various asset classes and is compliant with Regulation 28, despite the common view that Regulation 28 is very restrictive. The CRF has easily gotten up to 18.4% and still remained compliant, so there is a degree of flexibility that I think a lot of funds don’t appreciate.

‘Of the 18.4% allocation, over 14% has a very high ESG impact,’ Rentzke added. ‘The CRF is explicitly allocating to renewable energy and to job creation, and they have done this in a proactive way.’

This also puts the fund in a strong position with regards to regulatory risk. Having moved early, it is ahead of any regulatory changes and is unlikely to face only minor impacts should they come.

‘We’ve got 10 years,’ said Rentzke. ‘Lets use these 10 years, and use the combination of small individual responses and changes to build out a better, more robust financial system so that trustees are fulfilling their fiduciary duties, but members are also ensured of a better retirement.’

We use cookies to give you the best experience on our website. You can continue to use the website and we'll assume that you are happy to receive cookies. If you would like to, you can find out more about cookies and managing them at any time here. This site is for Professional Investors only, please read our Risk Disclosure Notice for Citywire’s general investment warnings
We use cookies to improve your experience. By your continued use of this site you accept such use. To change your settings please see our policy.