hematic investing is steadily gaining pace as investors look for long term returns in a secular low-growth environment. Against this backdrop it is no surprise that the dominance of tech stocks – perhaps the most obvious long-term growth theme in the market – has become even more pronounced this year.

The fact that the five largest members of the S&P are now all tech stocks points to an unprecedented degree of dominance for a single sector.

And while thematic investing is not just about tech – other obvious structural growth trends include healthcare innovation, energy transition, climate change and resource scarcity – the dominance of the Famags seems like a perfect illustration of the power of thematic innovation to generate outsized profitability over the long term.

They point to the likely long-term profitability of companies that hold a distinct position within those trends – and ultimately towards the ability of their own managers and analysts, often focused on these sectors, to pick the right stocks and generate alpha.

‘As globalisation took hold it seemed clear that the location of a company’s listing had to become less relevant,’ he says. ‘It is far more important to look at what’s driving structural growth over the long term.’

The increased dominance of growth stocks in the market over the past ten years has given a powerful tailwind to investment managers focused on structural change. This has only increased this year thanks to the stellar performance of technology and healthcare, Haynes says.

At a fund level, he points to the success of Baillie Gifford’s Scottish Mortgage Investment Trust, whose long-term growth-oriented style has paid off thanks to the growth of positions such as Tesla.

Haynes also favours Polar Capital, which has built up a suite of sector-focused funds including tech and healthcare. However, he highlights that Polar’s founders Brian Ashford-Russell and Tim Woolley had managed tech portfolios through the dotcom run-up and crash around the turn of the millennium. Although a few companies such as Amazon survived and went on to thrive, hundreds of highly rated tech stocks went bankrupt.

‘The danger with following themes is that there’s always a compelling story, and that’s when traditional behavioural biases can creep in, leading to overinflated valuations,’ he says. ‘That’s why it’s important to use experienced managers who have their feet on the ground.’

It’s not just about growth stocks

It is also a good reason not to give portfolios fully over to thematic investments, which, in their current incarnation, have become broadly synonymous with growth stocks, he says.

‘We have always advocated a barbell-type approach, and while we look for long term growth themes, we also don’t ignore value approaches. While value has been out of favour for a long time, it would be wrong to ignore it, particularly given that at some point the global economy should start to recover,’ he says.

But opinions on thematic investing remain divided: its critics point out that powerful trends may seem obvious in hindsight but are much more difficult to spot in advance, and that even identifying the right structural themes does not guarantee returns at a stock level.

Is it just marketing? 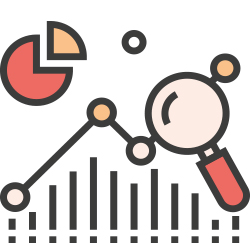 Themes, Rabener says, are inevitably seized on by the industry after several years of strong performance – at which point they may well have peaked, certainly in valuation terms. Moreover, the fact that a theme does well for several years still does not mean it will out-perform over the medium to long term.

‘We can all agree that technology will play a vital part in the future. But that doesn’t necessarily make it a good investment,’ he says. ‘Think about 1999: everyone was excited about tech stocks. You could also say the same about the run-up to the 2008 crash – everybody was investing in housing.’

Thematic investing, in Rabener’s view, fits the obvious parameters of behavioural investing in that it plays to the human need for alluring narratives – the fascination of AI’s potential, for example – and straightforward greed.

In terms of data analysis, Rabener created a systematic replication of thematic investing, using data from the Kenneth R French Data Library, which has daily returns for 49 industries in the US going back to 1926.

He created one portfolio with a thematic allocation to the best-performing industry based on three-year performance, and another allocating to the three best-performing sectors, equally weighted.

Both, he concluded, would have lost out to an equal-weighted portfolio across all industries, or to the market-cap-weighted stock market. 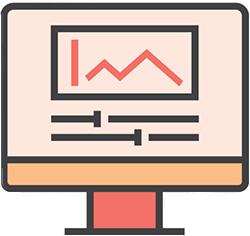 Thematic investors may also argue that the background of specialist managers and analysts – who have spent years focusing on a particular industry, often with direct industry experience – should give an extra edge.

But Rabener counters that thematic macro hedge fund managers, whose unconstrained mandates, ability to range across asset classes and use of gearing should give them every possibility to profit, have, as a group, been far outstripped by the S&P 500 over the past decade.

‘There is very little true alpha to be found in markets,’ he says. Rabener’s background running real estate portfolios for Singapore’s sovereign wealth fund, has led him to conclude that managers with decades of embedded industry knowledge were unable to add extra value.