Dividend cover in the UK will be the worst of any major global market this year, according to Janus Henderson’s latest Global Dividend Cover Report.

Cover, or the ratio of a company’s profits to its payout, will fall to an average of 1.2 in the UK under the 2020 ‘worst-case’ scenario for investors envisaged by the fund management group. Meanwhile, in the ‘best-case’ scenario, where companies try to maintain payouts as much as possible, average cover is projected to fall to 0.9.

Cover below 1 indicates companies are returning more cash to shareholders than they are generating in profits, which is unsustainable for long periods. Cover above 2 is typically seen as robust enough to support sustainable dividend growth, although markets like the UK and Australia have a culture of returning a higher proportion of profits. Dividend cover in the UK stood at 1 last year.

The picture in the UK compares to global average dividend cover of 2.5 under the same worst-case parameters, and 1.9 in the best case. It was 2.1 in 2019.

The two distinct scenarios build on the analysis in Janus Henderson’s , released in May. The more favourable scenario for income investors is one in which global dividends fall only 15% this year, which would result in lower levels of cover as the pandemic hits profits. Meanwhile, the worst-case scenario would see dividends drop 35% as companies cut payouts to protect their balance sheets.

‘The impact is likely to be largest in the UK, not least because of the heavy weighting of oil and mining stocks, but the OECD judges that the UK more widely is set to take the biggest economic hit from the pandemic in the developed world,’ he said. 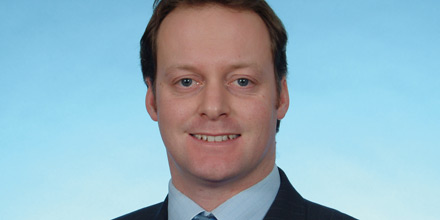 Where is cover strongest?

After the UK, continental Europe will be, marginally, the market with the next lowest average cover, of 1.7 in the best-case and 2.2 in the more conservative worst-case scenario. On the same basis, cover will be 1.8 and 2.2 respectively in North America, where share buybacks have been the traditional lever of stimulating returns. They will be similar in the Asia Pacific ex-Japan region.

Japan, which has a growing culture of shareholder returns, is set the have the highest average cover, of 4 times under the worst-case analysis and 2.6 if companies dispense cash more freely. Emerging markets are similar, with multiples of 4.3 and 2.4 respectively.

Lofthouse (pictured) emphasised how unusual it was for global dividend cover to potentially rise in a downturn. It dropped to an average of 1.4 in 2008, in the teeth of the financial crisis.

‘Normally in a recession, companies would flex their dividend cover target and dividends would reduce much less than profits, protecting shareholder income. So far, 2020 is proving to be different,’ he said.

‘The decline in dividends looks set to be similar to or worse than the decline in profits, meaning that companies are protecting their balance sheets to see them through the crisis.’