With AUM of just over R2bn, the Aylett Equity Prescient fund has a market share in the ASISA South Africa equity general category of less than 1.0%. Yet there are likely to be few local fund selectors who have not had the fund on their radars.

The Aylett Equity Prescient fund has been recognised as the best South Africa equity fund at the Morningstar Awards in two of the last four years. Over a ten-year period, it has delivered an annual return of 9.78%, compared to the ASISA category average of 7.62%.

Compounded, that means that the fund has returned almost 50% more than the category average over the past decade. 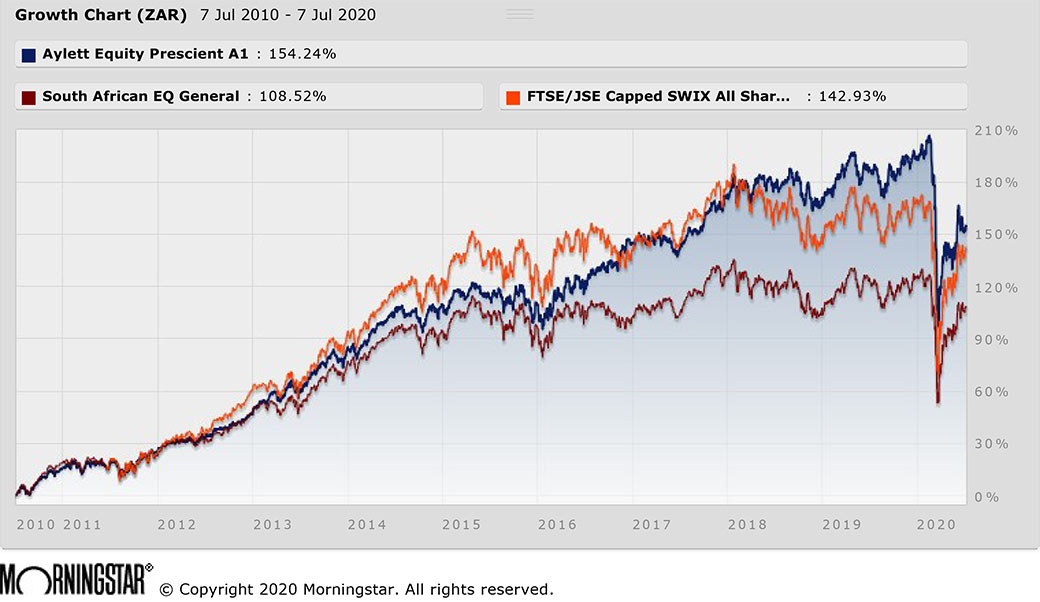 What makes this performance record particularly remarkable is that it has been achieved without any exposure to Naspers.

‘In a way, I’m glad that I’ve been wrong about Naspers,’ said Walter Aylett, founder of the firm, and manager of the fund. ‘It’s probably generated more wealth for many South Africans than their jobs.

‘But I struggled with valuations of Tencent and the way they thought about things. I always thought we could find something that could do just as well.’

This willingness to be entirely benchmark agnostic is a distinguishing feature of the fund. Its largest holdings at the end of March (which is the most recent available portfolio information) were Reinet, Berkshire Hathaway, BHP Group, Anglo American, and Royal Bafokeng Platinum.

‘By far the investment that excites me the most is Reinet,’ said Aylett. ‘No one likes Reinet. They put it at a massive discount. But think of its two assets – British American Tobacco and Pension Insurance Corporation. At the moment you can buy foreign assets like those at a 40% discount.

‘I understand why the discount is there. No one likes the performance fee. But that’s a bit rich coming from asset managers.’

Aylett’s track record has certainly earned him the right to be his own man. Before starting Aylett & Co. in 2005, he was a portfolio manager on the Coronation Optimum Growth fund (another editor’s pick), and before that he was part of the highly successful investment team at Syfrets Managed Assets.

Yet he is quick not to take personal credit for what Aylett & Co. has achieved.

‘I was happy at the large institution, but I always thought its right that you do something on you own,’ said Aylett. ‘I didn’t really know the reasons for starting my own firm other than I knew that I if I was my own boss I would do better as as a person. I didn’t realise that the true reason I left was that could appoint my own partners.’

Being able to choose who he gets to work with has allowed Aylett to identify those who have the three characteristics that he sees as vital to success in fund management.

‘You need people who work very hard,’ he said. ‘Secondly, you need passion. You must want to do this job. And, thirdly, you don’t do it on your own. It’s not only the team that you work with, but your associates, brokers and clients as well.’

Over the years Aylett & Co. has also attracted a particular kind of investment professional because of the way it remunerates staff.

‘I have built a company that is unique in some respects in that we share the profits,’ said Aylett. ‘Everybody knows who earns what. We pay low salaries, but pay all the profits out every six months, and all the staff get paid before shareholders get paid.

‘We want people to work here forever. We believe we do that by making it a fair, meritocratic and respectful environment to work in. If you do that you will succeed, because asset management is all about people. There are no assets in the business.’ 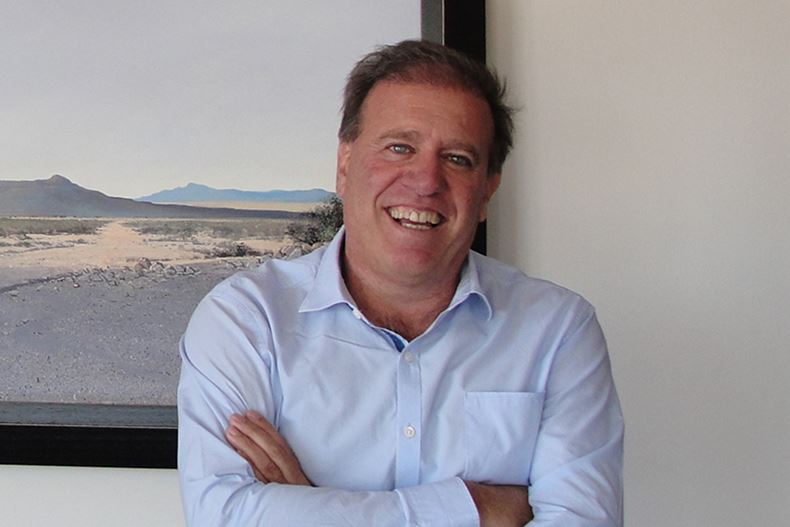 This, Aylett (pictured), believes also allows for a true long-term mindset to be fostered.

‘South African fund mangers are pretty good actually, right across the board,’ said Aylett. ‘Where they fail its not because of them, but because they are not allowed to think long term.

‘But you can see how our thinking prevails over 10 or 15 years. The turnover in our fund is very low – less than 10%. So the portfolio only changes every 10 years. That’s quite unusual.

‘The true test of our business was now, in the coronavirus crisis,’ Aylett added. ‘Nothing changed because there was no pressure on the income statement. We pay low salaries, and that model was designed to be able to deal with a shock. As a result, we can make long-term investments. If your income statement is under pressure all the time you will have short term thinking. You will run your business, invest, and employ people on a short-term basis. That’s not conducive to rational behaviour.’

This thinking, Aylett, believes is reflects in the companies held by the fund.

‘Our portfolio represents very strong companies with very strong balance sheets that are going to be very much stronger out of this crisis,’ said Aylett. ‘Their markets might now grow, but they will have taken market share – businesses like Bowler Metalfe, AECI, and Hudaco. Who is going to compete against them?

‘Sure the South African economy is not going to grow over the next five years, but as long as you do what’s right for your clients, your business will grow because you will be the only game in town.’