Over the past 20 years the Coronation Optimum Growth fund has built up an enviable track record.

Apart from a few poor years following global financial crisis, the fund has consistently out-performed its peers in the ASISA worldwide multi-asset flexible category. Since inception, it has also generated a return more than double that of the MSCI Word Index. 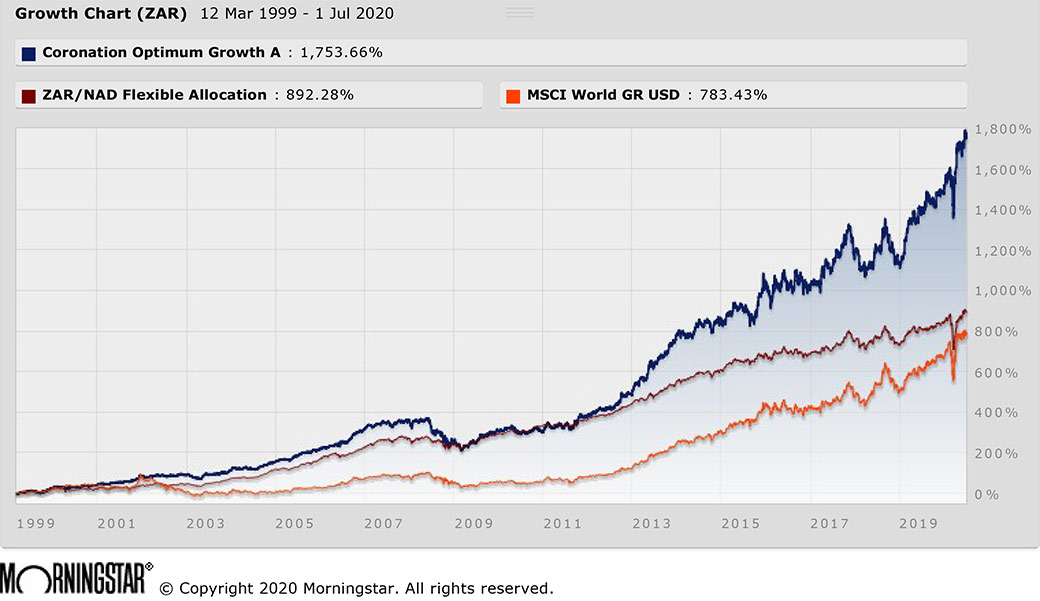 This is also not a track record that is surviving off past glory. The fund has beaten both its ASISA and Morningstar category averages in six of the past seven calendar years.

While has under-performed the MSCI World Index over the past five years, its return over this period is more than double the ASISA category average.

‘What the fund tries to do is generate returns of inflation plus 5% in rands,’ said Gavin Joubert, who has been a co-portfolio manager on the fund since 2005. He currently manages the portfolio together with Marc Talpert and Suhail Suleman.

‘Its benchmark changed a couple of years ago to a composite 70% equity, 30% bond mix, but the way I still think about the fund is to generate inflation plus 5% over long periods of time,’ said Joubert. ‘That means a low double digit return over five, seven or 10 years.’

As the table shows, the fund has successfully been achieving this goal.

The fund has an entirely flexible mandate, which allows it to invest in any asset class, anywhere in the world. It’s return target however requires it to maintain a reasonably high exposure to equities.

‘Over its life, the fund has averaged perhaps 70% to 75% in equities,’ said Joubert. ‘The rest depends on where we are at any point in time. Listed property in recent years has been 4% to 5%. The bond holding is low today at about 2%, but in the past it has been 15% to 20%. Sometimes we also hold commodities. We have physical gold at the moment for diversification. And then cash is the last part of the equation.’

An increasingly critical aspect of the asset allocation of the fund has been getting the geographic exposure right. The fund’s benchmark is a composite of 35% local equities, 15% local bonds, 35% global equities, and 15% global bonds.

It is not, however, required to invest in South Africa, and it has been doing so less and less.

‘As time has gone by, it has been more and more globally focused,’ said Joubert. ‘For the last several years 90% of the portfolio has been invested outside of South Africa.

‘The reason for that is quite simply that South Africa is tiny in the world. It’s less than 1% of the global economy, and only about 1% of the world’s market capitalisation. There is so much more out there where one can look for opportunity.’

This has also been reflected in the way that Coronation has built up its human resources. The firm now has 10 analysts covering just emerging market stocks, and eight covering developed markets. 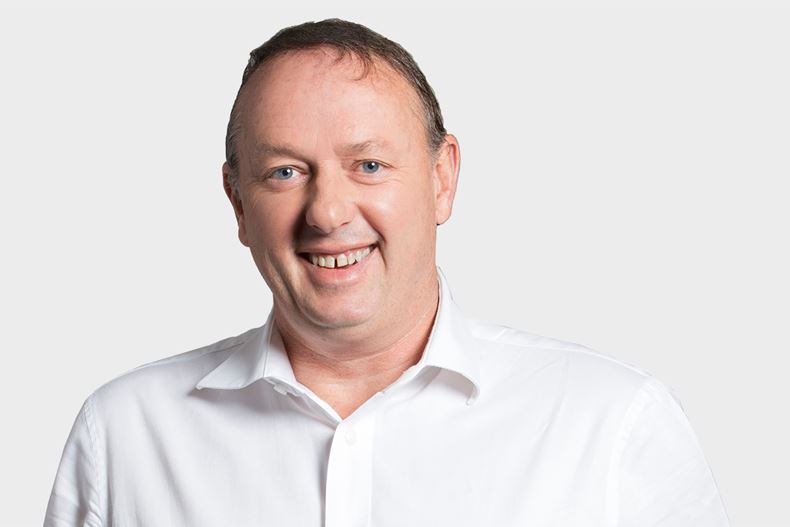 ‘Over the past decade or so we have built up substantial international expertise and research capabilities,’ said Joubert (pictured). ‘Today, we have a team of 18 individuals covering non-South African stocks, and as a result of that coverage there is a lot we can look at and have a view on.’

These analysts are also not exclusively interested only in their specific region of focus.

‘Humaira Surve, for instance covers Amazon, but she also covers Alibaba. By analysing Amazon and having done so for several years, she can take that knowledge base and apply it to Alibaba, which is not a dissimilar business. I think we gain a lot from leveraging that kind of knowledge.’

Many of these analysts are also managing money themselves through having responsibility for a slice of one of Coronation’s international portfolios.

‘That means that there will be stocks across held these portfolios in which several individuals have a particular interest because they own them,’ said Joubert. ‘It’s not just one individual who owns a stock. There are a number of analysts and portfolio managers who own different stocks, which means that they are more interested in them, and that leads to more debate and discussion.’

This discussion is always framed within the firm’s philosophy of ‘long-term valuation-driven investing’.

This, according to Joubert, has been the key to getting the right stocks in the portfolio.

‘We still believe that markets are very short-term focused, so if one truly has a long-term horizon, that is a competitive advantage,’ said Joubert. ‘It’s been ingrained in the way we do things since Coronation began.’