With South African equities performing so poorly over the past five years, being flexible has been hugely beneficial. Local fund managers have had to find alternative sources of return for their portfolios.

For the five years to the end of May, the FTSE/JSE All Share Index (Alsi) was up just 2.5% per annum. The Centaur BCI Flexible fund, however, gained 4.8% per year over that same period.

Over the longer term, the fund’s relative performance is even more noteworthy. Against an annualised Alsi return of 9.7% over the past 10 years, the Centaur BCI Flexible fund showed an annualised gain of 14.0%.

This not only makes it the top-performing fund in the ASISA South Africa multi-asset flexible category over this decade, but also the best-performing South African-focused unit trust overall, bar one – the SIM Industrial fund, which has a 30% allocation to Naspers. 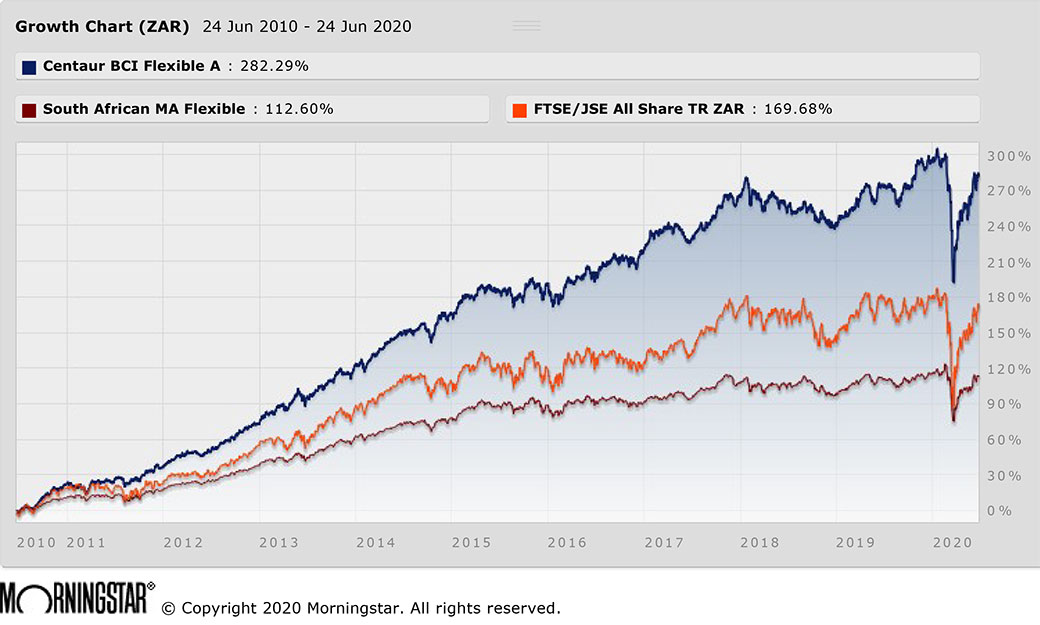 ‘Essentially the fund is looking to give you equity-type returns, or maybe even slightly better than equities, but without the extreme volatility of equities,’ said portfolio manager Roger Williams.

Largely, the portfolio runs an equity strategy with the optionality of cash. This means that it can be fully invested in the stock market, but it can also go well below the 85% threshold imposed on pure equity funds.

At the end of May, for instance, it held just over 65% of its portfolio in local and offshore equities, and close to 20% in cash. Most of the remainder was in South African bonds.

‘I think a lot of people can stomach some level of volatility, but if your wealth halves you’re going to panic,’ said Williams. ‘If you have R10m and it suddenly goes to R5m, that’s a big hit. But if it goes to R8m, I think you can stomach that.

‘Our approach to a severe downturn is to try to sell early,’ he added. ‘By reducing the equity content, that limits the drawdown, but it also gives us the capacity to buy when things are really going for nothing. Those go hand in hand. We are saving money, but we are also getting buying capacity.’

The portfolio didn’t quite get this right in the 2020 crash. It was down slightly more than the Alsi in March and lagged the recovery slightly in April.

‘I think in this downturn things have moved much quicker than in any other downturn, particularly in the recovery phase,’ said Williams. ‘It was quite hard to fully benefit in the recovery. Within a month of the low, the best opportunities were gone. There were only two or three days where there was a sweet spot to buy at exceptionally low prices. We did buy, but the quantum was not quite what we would have liked.’

The fund is nevertheless marginally ahead of the Alsi for the year to date.

Over its 15 year track record, the fund has been on the right side of the market more often than not. Williams however has seen this becoming more difficult, both locally and offshore.

Internationally, the rise and dominance of the big tech stocks has been challenging for managers with a valuation bias.

‘If you are not in these big tech shares its been hard to keep up,’ said Williams. ‘That is a new phenomenon. In the past, if something was a 50 P/E stock that would be very expensive. Now you are finding 50 PE stocks are the best performing – companies like Tencent and even sometimes higher at 100 P/E like Amazon.

‘It’s a totally different paradigm,’ he added. ‘Your calibration of what is fair value has to change.’ 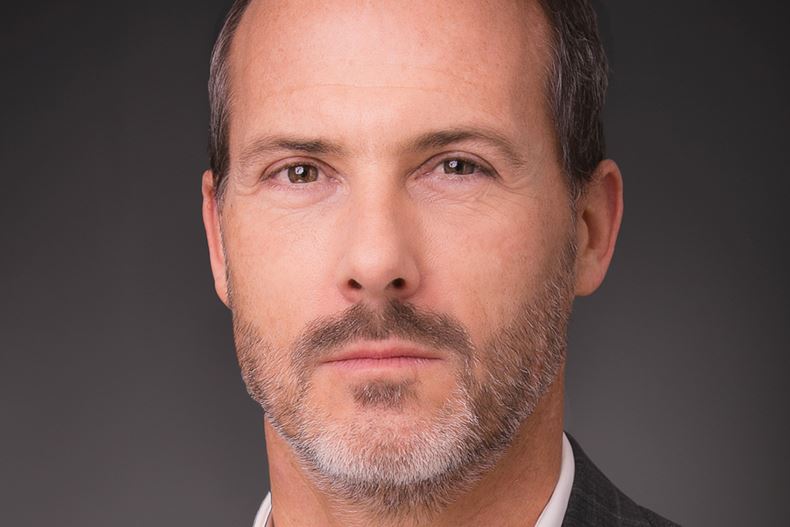 South Africa has presented a very different kind of challenge given the weak local economy in recent years.

‘Offshore has been very bullish so you have to be optimistic. Here you have to be ultra-cautious and avoid mistakes,’ said Williams(pictured). ‘It’s quite hard to change gears.’

Where he has felt a significant change is in the liquidity of JSE-listed mid-cap stocks. This is an area where a smaller manager like Centaur has traditionally been able to find additional opportunities.

However, it has become increasingly difficult to execute on convictions in this part of the market.

‘Historically, the liquidity has been okay for the mid-cap stocks in our portfolio, but we have recently found it difficult to sell,’ said Williams. ‘That is a massive issue, because the flexibility to change your mind and exit is very valuable, and I think on certain counters that has cost us. I think we would have probably done 2% to 3% per annum better if we had had that flexibility.’

In South Africa, editor’s picks have been identified only from those managers whose strategies are amongs the top-performing funds in their category over the past 10 years and since inception.