LONDON - News of a breakthrough in Pfizer’s trials of a coronavirus vaccine last week sparked a sizeable rally for cyclical and recovery stocks, but the resurgence of this out-of-favour area of the stock market can be traced back further.

The relative performance of two big US exchange-traded funds (ETFs), one focused on ‘growth’ stocks and the other ‘value’ companies, suggests the market began a rotation towards the latter four months ago, in mid-July.

Stockbroker AJ Bell analysed the performance of the Invesco QQQ Trust, an ETF which serves as a proxy for ‘growth’ strategies, focused on the 100 largest non-financial companies in the Nasdaq Composite index, which is dominated by US tech giants.

That was compared to the returns from the iShares Russell 2000 Value ETF, which follows a basket of nearly 1,500 smaller US companies with ‘value’ characteristics.

By dividing the price of the Invesco QQQ Trust by the price of the iShares Russell 2000 Value ETF, we can see their relative performance. When the line goes up, QQQ is outperforming and when it dips the value tracker is doing better. 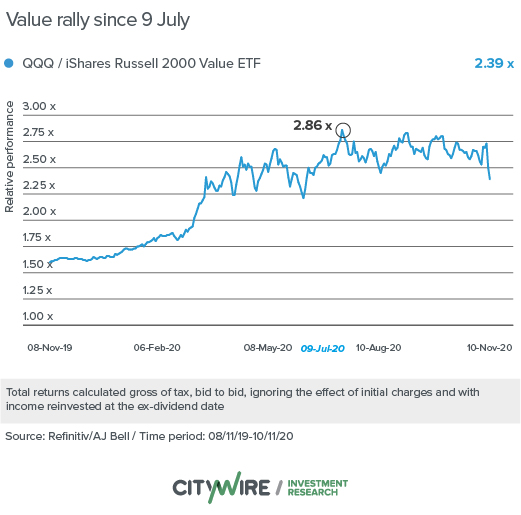 Can the value rally continue? 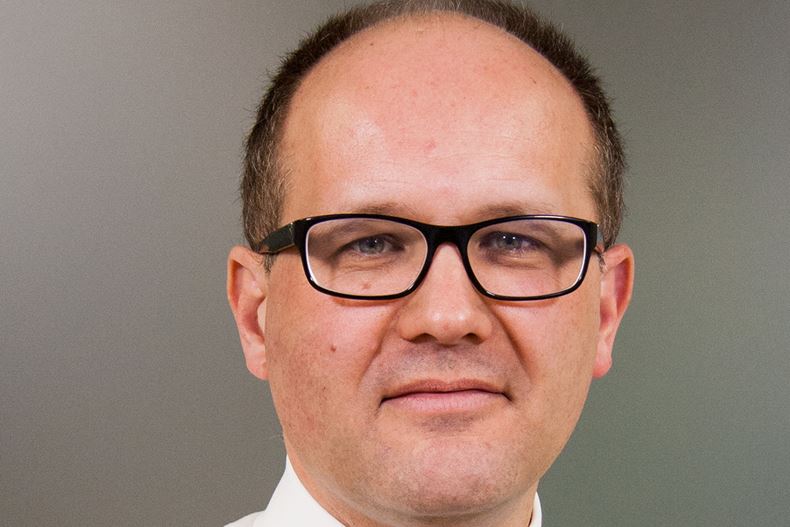 This relative out-performance since mid-July bucks the long-established dominance of growth strategies, a trend which accelerated earlier this year when the Covid-19 pandemic struck.

Russ Mould, AJ Bell investment director (pictured), pointed to returns since the autumn of 2014, when the ‘sextet of Facebook, Alphabet, Amazon, Apple, Netflix and Microsoft really began to come into its own’, he said.

The graph below shows the disparity in performance of the Invesco QQQ Trust and the iShares Russell 2000 Value ETF over this full period. It is indexed to 100. 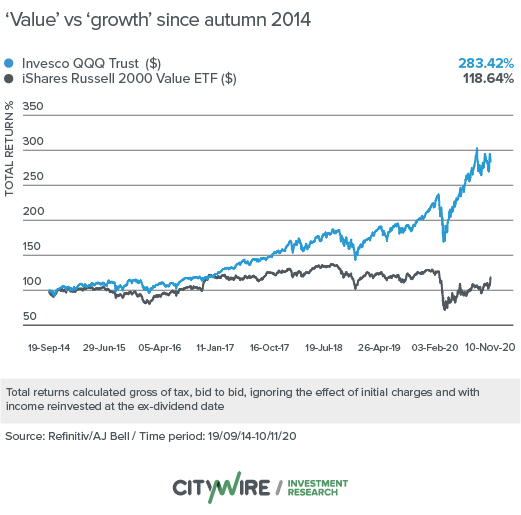 Mould said that low valuations alone were never a reliable catalyst for out-performance. There is a also a possibility that interest rates and inflation will remain low, providing a favourable environment for tech company earnings to keep beating expectations.

‘The question now for investors is whether this is “it” and the long-awaited return of value relative to growth or not. After all, “value” beat “growth” hands down from 2000 to 2007 as the tech, media and telecoms (TMT) bubble collapsed and TMT stocks’ lofty valuations proved unsustainable,’ he said.

However, Mould also noted that that there have been multiple episodes during growth investing’s decade on top when widely-hailed rallies for value stocks had ultimately petered out, such as in the last quarter of last year.