According to Citywire’s database, there are 659 active funds registered in South Africa. Just 23 of those, or 3.5%, are run by a woman portfolio manager, or a women-only team.

These numbers may appear dismal, but according to the latest Citywire Alpha Female report, which collects data on women in portfolio management around the world, South Africa is not an outlier. While it is in the bottom half of the 25 countries analysed in the report on these two measures, it is near the median in others.

In total, 10.3% of the portfolio managers listed on funds in South Africa are women. That compares to a global average of 11%.

Even the most gender diverse industry, which is found in Hong Kong, is nowhere near parity. In that jurisdiction, 27% of named portfolio managers are women. Single woman managers or women-only teams run 17% of Hong Kong’s registered active funds. 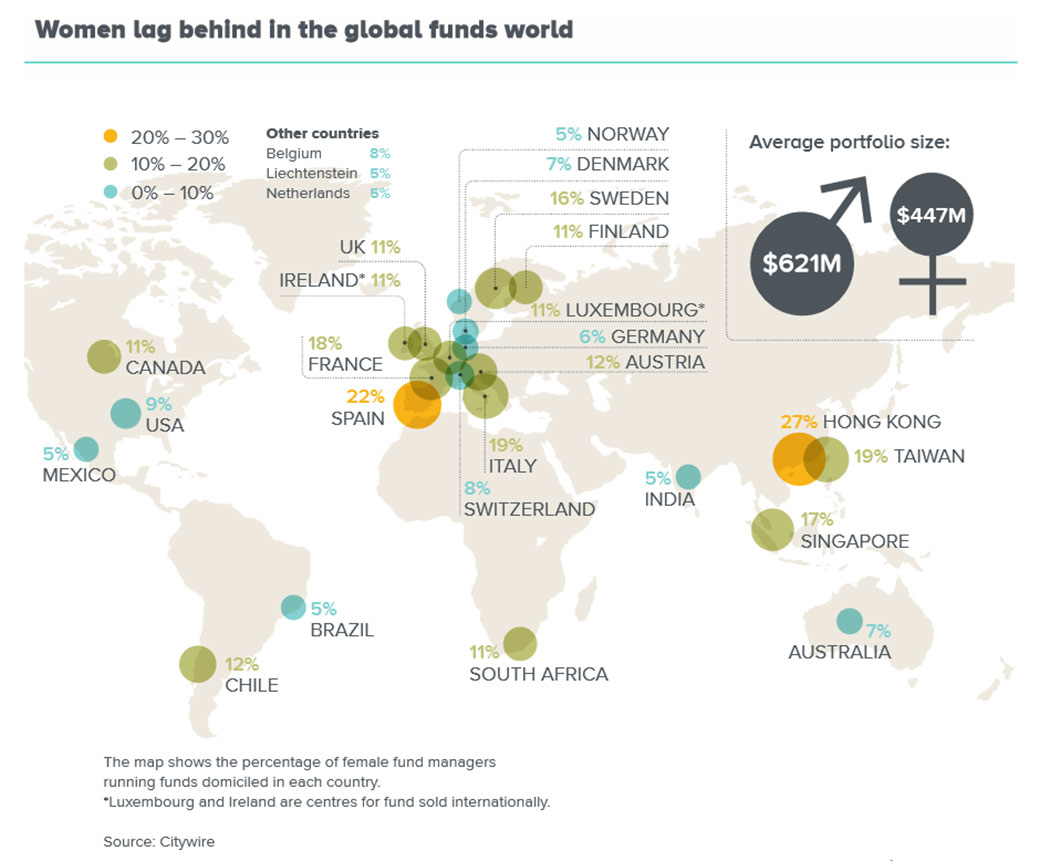 Across the world, the representation of women in portfolio management has hardly shifted in the five years that Citywire has been conducting this analysis.

In 2016, the first Alpha Female report found that 10.3% of portfolio managers in countries covered by Citywire were women. An increase to 11% in five years is therefore negligible.

As Nisha Long, head of cross-border investment research at Citywire, notes: ‘Women won’t achieve gender parity in portfolio management until the year 2215 if the current rate of progress is maintained’.

The turnover of men portfolio managers, on the other hand, declined from 28% to 27%.

‘As an industry, we cannot ignore that we are still not doing enough,’ said Jeanette Marais, CEO of Momentum Investments. ‘But I would be very surprised if anyone doesn’t care about this or doesn’t see it as an issue.’

Asset managers certainly talk as if they are taking gender representation seriously. The results of whatever action they are taking, however, are yet to be apparent.

‘You would have to be from a different planet to not be aware of it,’ said Delphine Govender, the CIO at Perpetua Investment Managers. ‘But there has been little urgency or pressure to change. If your AUM is growing, your performance is okay, and clients are not threatening to leave you because of the way your investment team is constituted, there is an inertia.

‘But I would say that’s starting to change,’ Govender added. ‘Five years ago, we were just trying to raise awareness. This report is so necessary because the thing we really need is to show the data. We are numbers people in this industry. The market needs to see numbers, otherwise it feels like we are just bemoaning our state.

‘The data is essential because it tells you exactly what the reality is. You can’t shy away from it, and it is quite revealing.’

The full Citywire Alpha Female report 2020 can be downloaded here.