The commitment of the South African asset management industry to ESG principles was tested at the recent Standard Bank AGM.

In the run-up to the meeting, 15 NGOs wrote to 30 local and international asset managers and fund selectors asking them to vote against the re-election of five of the bank’s non-executive directors. These directors, the NGOs argued, were conflicted as they also serve on the boards of fossil fuel companies.

The central issue is that Standard Bank is a major lender across the African continent, and publicly supports the goals of the Paris Climate Agreement. The NGOs questioned how this aligns with its financing of fossil fuels projects, and how these competing strategic objectives are dealt with at board level.

‘This was not an ethical question,’ said Tracey Davies, director of shareholder activist organisation Just Share (pictured below). ‘Standard Bank argued that the directors are all people of integrity. Nobody said that they weren’t. A conflict of interest is a legal issue. In terms of the law, those directors have a conflict, and the question was what Standard Bank was doing to manage that.’ 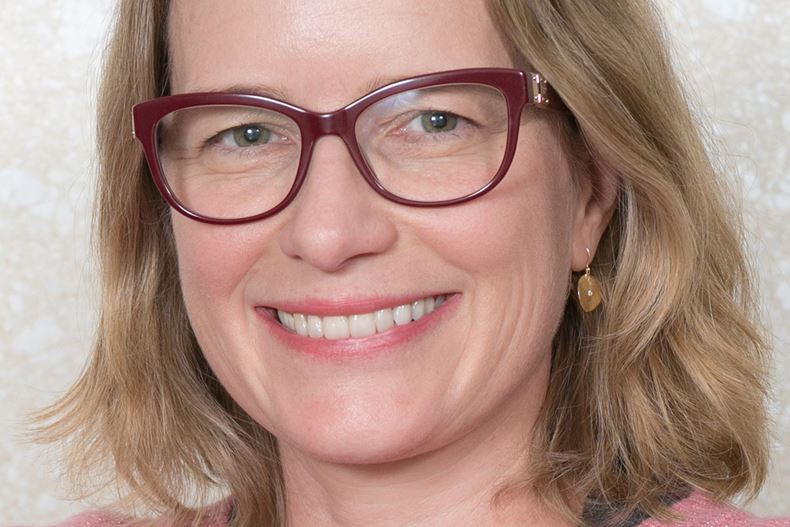 While some of the asset managers who received the letter did engage with Just Share before the AGM, most did not. In the end, all five directors were re-elected with overwhelming support.

Citywire contacted all of the local asset managers involved to understand how they dealt with this matter, and why they did not follow the recommendation of the NGOs.

In general, there was sympathy for the position that the NGOs had taken. Only two firms felt that there was no merit to the argument that had been presented.

The common thread that ran through the response from asset managers was, however, that they did not feel that this potential conflict of interest was, on its own, sufficient to disqualify someone from serving as a non-executive director.

‘When I am voting for directors of companies, should I be voting in a method that addresses various people’s agendas, or should I be asking, holistically, whether someone is a good person to have in that position,’ said Andrew Lapping, CIO of Allan Gray. ‘You have to see the whole picture and not just look through a very narrow lens at one aspect.’ 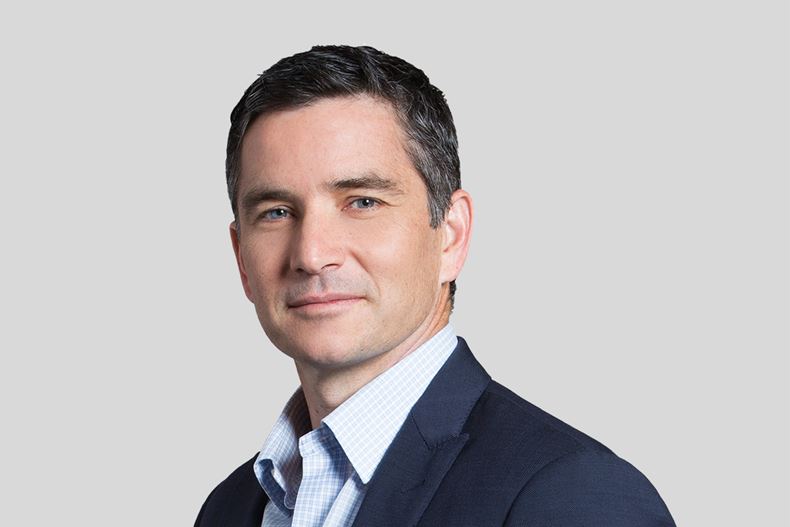 Asset managers feel that this is particularly the case in South Africa, where the potential pool of candidates to serve as non-executive directors does appear to be limited.

‘We spend a long time trying to find capable competent people to sit on the boards of listed companies in this country,’ said Neville Chester, senior portfolio manager at Coronation Fund Managers (pictured). ‘That on its own is an incredible challenge, and you also have to do a lot of work around transformation and gender balance.’

Standard Bank has one of the most diverse boards on the JSE, and one of the complications of this issue is that three of the five directors that the NGOs identified are black women. Voting them off the board would almost certainly have raised other sorts of questions.

Even those managers who were supportive of the NGOs’ broad objectives, also wondered whether this specific issue might be a distraction from the main question that needs to be dealt with: Standard Bank’s disclosures around its financing of energy projects.

‘This is a serious issue,’ said Jon Duncan, head of responsible investment at the Old Mutual Investment Group. ‘But we didn’t want to get caught in the weeds on the director question because we were worried that it diverts form the issue at hand, which is that Standard Bank has a big role in financing economic growth across the continent. We are at a transition point, and as an investor it’s important to get a sense of how the bank is directing its capital towards the financing of fossil fuels. Right now, it’s hard to get a sense of that.’

This, essentially, is what the NGOs and supportive asset managers have been trying to rectify. Organisations like Just Share have placed a lot of pressure on banks over the last two years to improve their disclosures, without which it is very unlikely that they would have moved as far as they have.

At its 2019 AGM, Standard Bank was the first local bank to allow a shareholder resolution to be tabled requiring it to disclose its plans for lending to the coal industry. All the others have now followed suit. This year, however, the bank declined to table a similar one regarding oil and gas.

‘Where Just Share definitely had a point was the proposal for additional resolutions to be put on the agenda concerning Standard Bank’s policy around oil and gas exploration,’ said Mike Adsetts, deputy CIO at Momentum Investments. ‘That was shot down, and the approach that the bank took was a carbon copy of the legalistic response that Sasol had done before. I don’t think that helps the cause, and I don’t think the issue goes away either.’ 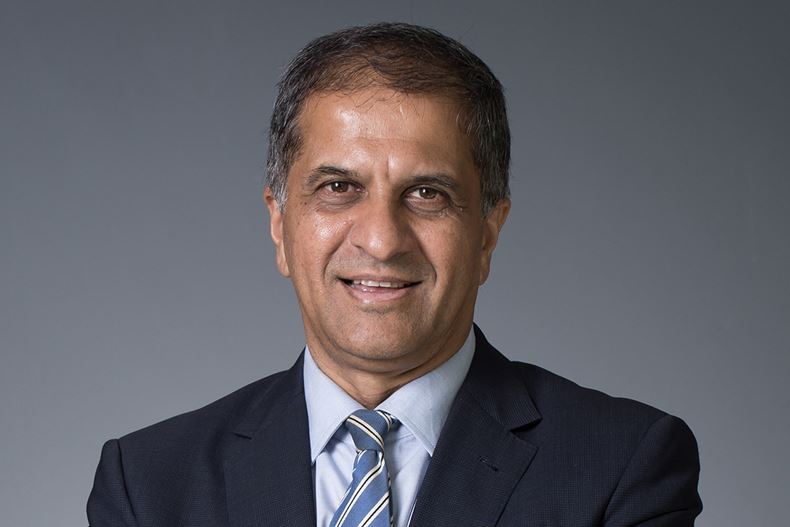 Amongst the minority that did vote against the directors was boutique firm Aeon Investment Management. CIO Asief Mohamed (pictured) said that this was done in protest, as the bank failed to satisfactorily answer questions posed both before and during the AGM about how conflicts of interest were being managed.

He feels strongly that the industry should be doing more when these sorts of issues are not properly addressed.

‘The big problem with most of the asset managers in South Africa and globally is that ESG is mostly a marketing tool to get more assets to manage,’ said Mohamed. ‘In reality, the asset management industry largely does not care about ESG.’

For Davies, this stems from the way that asset managers intermediate between listed companies and their actual shareholders – the end investors.

‘The system as it operates now completely separates shareholders from the company,’ said Davies. ‘It relies on a close relationship between institutional managers and company management, which makes it difficult to hold management accountable. There is a perception that you can’t challenge these guys because they know best. But what is the point of shareholder rights if you have no right to weigh in on the decisions that management is making?’

Ultimately, asset managers tend to give company management teams the benefit of the doubt. Most of the time, that may be right. After all, someone has to actually run the company.

But in a world where giving management the benefit of the doubt overlooked the disaster unfolding at Steinhoff, has given Sasol a free pass for missing every one of its greenhouse gas emissions targets for more than a decade, and has allowed the management of numerous local companies to waste huge amounts of shareholder capital on failed overseas acquisitions, perhaps the asset management industry needs to think about how well this strategy is actually working.

Scrutiny
The Standard Bank AGM also raised a separate issue – the thoroughness of ESG analysis in South Africa.
Most of the asset managers Citywire spoke to highlighted Standard Bank’s record of funding renewable energy projects. The headline figure in this argument is the bank’s claim that ‘86% of all energy funding conducted by Standard Bank since 2012 has been in green energy or renewables’.
This is not a new figure. It has been touted since last year. However, even a cursory reading of the bank’s ESG report would identify that it is misleading.
What the report actually says is:
‘Since 2012, we have financed the construction of new power projects to the value of $2.77bn in Africa. (And) 86% of this funding was for renewable energy.’
In other words, the figure does not actually refer to ‘all energy funding’. It refers only to the construction of new power plants.
As Just Share pointed out: ‘it does not include the bank’s financing of the extraction, production and distribution of fossil fuels’.
Most obviously, it excludes Standard Bank’s involvement in arranging $2.5bn in funding for the controversial East Africa Crude Oil Pipeline.
That so many asset managers have failed to scrutinise this figure, even after Just Share has pointed it out, does raise questions about the process that asset managers follow when it comes to ESG. It would, after all, appear to be exactly the sort of thing that a proper analysis should be flagging.