LONDON - Japan fund managers have welcomed Warren Buffett as a fellow investor in the country. Those now sitting alongside the ‘Sage of Omaha’ on shareholder registers have however expressed surprise at his $6.3bn investment into local shares.

Via its subsidiary National Indemnity, Berkshire Hathaway (BRKb.N) has built up 5% stakes Japan’s five biggest ‘trading companies’ over the last year. While their shares spiked on the news, they have been mixed performers in recent years.

High-yielding and highly leveraged, they are popular with ‘value’ fund managers, but their idiosyncratic nature makes them an unusual foray for Buffett.

‘There are some aspects of trading companies that make it a big surprise, to be honest,’ said Richard Aston, manager of the CC Japan Income & Growth (CCJI) investment trust and open-ended fund of the same name.

The first thing that surprises Aston is that the companies are fairly indebted, using leverage to raise returns in some low margin areas. That stands in contrast to Buffett’s typical aversion to debt.

The second is their myriad fields of activity, with scores of subsidiaries and diverse sources of income.

‘They are very complex, so to fully understand them is virtual impossible from an outside investor standpoint,’ said Aston, identifying that as another reason the move was ‘unlike’ Buffett. The 90 year-old investment legend has often expressed a preference for easy-to-understand businesses.

What do the companies do? 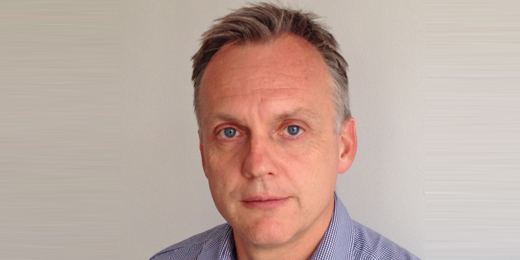 Historically, the trading companies were Japan’s leading importers and exporters, at the heart of networks of connected firms across areas like banking and steel. Alongside that, they have increasingly become investment companies, with global private equity operations and a deal-making approach that some have compared to Berkshire Hathaway itself.

Broadly speaking, as well as their activities as distributors, the companies make about a third of their earnings from commodities, but the rest is sourced from diverse areas, according to Aston (pictured). Itochu has recently overseen the consolidation of Family Mart, the second largest chain of Japan’s ubiquitous convenience stores, but is also one of the world’s largest suppliers of coking coal used for steel-making.

Domestic exposure is relatively low across the firms, the manager said, meaning the investment cannot really be read as a direct play on Japan’s economy.

‘Nobody expected such a move’ 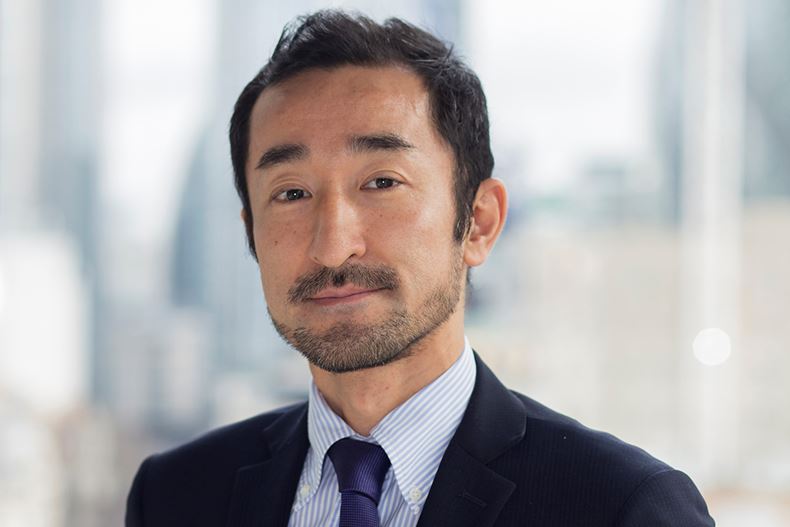 Schroders’ Masaki Taketsume was likewise caught unaware by the news. His Schroder Tokyo fund and Schroder Japan Growth (SJG) investment trust both own stakes in Itochu and Mitsui.

‘Honestly, I was surprised to hear that type of news. Nobody, including myself, expected such a move by Warren Buffett, especially investing in Japanese trading companies,’ said Taketsume.

The manager drew a contrast between the firms and the ‘quality’ brands like Coca-Cola (KO.N) which the Nebraska-based company is famous for backing for 32 years.

Taketsume said the simplest way to analyse the move was that Berkshire Hathaway was exploiting the opportunity to borrow at rock-bottom interest rates while picking up the companies at attractive yields.

Berkshire Hathaway has borrowed ¥625.5bn ($5.9bn) across two large issuances of yen-denominated bonds. About a third of that debt was issued in April, while two-thirds was sold in September last year, when the largest single tranche – ¥147bn of 10-year bonds – was issued at a coupon of just 0.44%.

That means the US firm is making a significant spread between the low cost of its borrowing and the high dividend yields of the Japanese trading companies it has bought. All five firms yield in excess of 3%, and in the case of Mitsubishi, Sumitomo and Marubeni more than 5%, double the wider market.

The Schroders manager argued that while the distribution side of the trading businesses and many areas they invested in were naturally cyclical, broad diversification and ‘relatively conservative’ investment stances in recent years meant dividends should be stable or growing.

Capital gains would then be a potential sweetener, with most of the firms trading at less than 10 times earnings and below book value. He suggested the move by Buffett would refocus investors on similarly cheap opportunities in Japan.

Aston agreed, adding that the trading companies had been at the ‘forefront’ of companies returning more profits to investors – a key facet in Japan’s story of improving ‘shareholder returns’.

The manager also speculated that the firms’ lack of investment in internet-heavy areas – a reason they are often criticised – could have, in fact, been a positive for Buffett, who has expressed scepticism over high valuations in tech.

Nikko Asset Management’s John Vail predicted the ‘Buffett fillip’ could reaffirm the narrative of improving governance to draw more investors back to Japan.

‘Altogether, these should inspire investors in Japanese equities to a significant degree, as much of the market is characterised as “unloved value”, and make them wonder if there are other Japanese sectors that he may target,’ said the Japanese asset manager’s chief global strategist.

Vail added it was ‘fairly clear’ these were not just passive investments, despite how they had been labelled, with Berkshire Hathaway hoping to access some of the trading companies’ deal flow and collaborate.

In a letter to investors, Buffett wrote: ‘The five major trading companies have many joint ventures throughout the world and are likely to have more of these partnerships. I hope that in the future there may be opportunities of mutual benefit.’

Berkshire Hathaway also said it could increase its stake to up to 9.9% of any of the five trading companies.