Last week saw an extraordinary market moment. On Wednesday, the market cap of Tesla rose above that of Exxon Mobil.

Only seven years ago, Exxon Mobil was the largest company in the world. Its market cap was about $415bn. Tesla, at the time, was worth less than $4.5bn.

The oil and gas giant’s market cap has since more than halved to $188bn. Over the same time, Elon Musk’s company has seen its share price gain 3,200%.

While Tesla’s valuation is a subject of much debate, it is nevertheless difficult to ignore the significance of it now being worth more than the world’s fifth largest fossil fuel company. There is a potent shift taking place, and it has material significance for investors.

Across the world, new solar and wind power projects are cheaper than new coal plants. This transition that started in electricity generation is also now shifting into transportation, as the costs of batteries continues to fall and electric vehicles become increasingly competitive.

The pace at which this is happening is currently obscured by the dominance of fossil fuels, which still command 80% of the energy market.

‘They are a typical incumbent,’ said Bond. ‘Almost all are expecting business as usual for the next 20 years.’

However, the reality is that the challenger is at an extraordinary advantage. 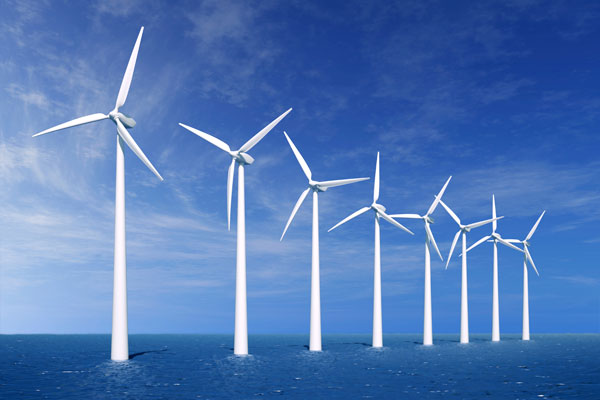 The renewable energy sector is driven by technology that grows both cheaper and more efficient at an exponential rate. The capacity of lithium-ion batteries, for example, is doubling every 12 months. Ten years ago the cost of a lithium battery pack was around $1,200 per kilowatt-hour. Today it is less than $160 per kilowatt hour, and still declining.

‘You have to realise that one of these industries, which is the oil industry, does not have a proven ability to cut costs over time, and is facing the constant threat of geology and decline rates,’ said Bond. ‘As a result, prices can fall for a bit, but they are likely to bounce back. That is facing the renewable energy sector, which is on this extraordinary technology-driven cost-reduction curve.’

That makes this perhaps the ultimate example of history being a very poor guide of likely future returns.

‘The fossil fuel industry has been growing consistently for over a century,’ said Bond. ‘Until 2013 it never had to deal with a sustained period of reduced demand.’

That period of dominance is, however, over. Last month BP announced that it was writing down the value of its oil and gas assets by $17.5bn, reflecting a substantial decline in energy demand due to the Covid-19 pandemic. More recently, Royal Dutch Shell warned that it will write down as much as $22bn in assets.

‘Within this write-down, Shell is giving us a message about stranded assets, just like BP did a few weeks ago,’ Luke Parker, vice president of consultancy Wood MacKenzie said in a note.

Deloitte recently predicted that write-downs in the US shale industry could reach at least $300bn in the second quarter.

Simple economics dictate that this most, if not all, of this capacity lost by fossil fuel companies due to the coronavirus is unlikely to return to fossil fuels. It is now cheaper to build it back with renewables.

Financial markets are not oblivious to this reality. The energy sector has under-performed so massively recently, particularly in 2020, that it is now one of the worst-performing sectors over the past decade.

According to Antonios Panagiotopolous, vice president of ESG research at MSCI, the gross returns from the global energy sector over the past 10 years according to general industry classifications is -3.2%. That compares to a 7.4% gain from the MSCI All Country World Index Investable Marked Index.

The only way for fossil fuel companies to be sustainable in this environment is to reinvent themselves.

‘Fossil fuel companies with enhanced carbon emissions-management are starting to think how they change the products they are selling to downstream consumers so that they can be resilient when demand for oil and gas recedes,’ said Panagiotopolous. ‘However the signs have not been particularly encouraging.’

MSCI’s analysis shows that, only 1.5% of the revenues of the world’s 30 largest oil and gas companies currently comes from low-carbon products. There is no obvious concerted effort to change this either. Just 14% of all industry patents being filed are geared towards low carbon solutions.

The reality for investors is that there is a huge threat that the write-downs seen this year are merely the first, small sign of what is to come.

‘We have en enormous fossil fuel system at risk,’ said Bond. ‘About one quarter of world equity markets is linked to this system, and we would argue that all of it is vulnerable.’