Tesla’s share price gain has been nothing short of extraordinary this year.

Despite the pandemic, shares in the electric car maker have risen 258% from the start of 2020. It is now the most valuable car company in the world, with a market capitalisation of $285bn.

‘The progress that Tesla has made over the long term is, frankly, quite astonishing,’ said Lee Qian, Citywire AAA-rated co-manager of the Baillie Gifford Positive Change fund.

Qian has every reason to be happy with Tesla. The stock has been far and away the biggest contributor to the fund’s performance in 2020.

In fact, Tesla performed so well that Qian and his co-managers Julia Angeles, Kate Fox and Will Sutcliffe, all Citywire-AAA rated, had to sell shares to avoid the holding representing more than 10% of the Positive Change fund’s portfolio.

All this has prompted warnings about a ‘Tesla bubble’, but Qian is not concerned.

‘It is entirely possible that at the end of the year, the share price might be quite a bit lower than it is now. That’s fine for us,’ he said. ‘We are not traders. We are not looking to profit from 20% or 30% price movements over a six months period, we are holding the company for the long term.’

But while Tesla is making an obvious contribution to Positive Change’s returns, how does it fit into the fund’s other goal of having a positive impact on the world?

‘Every single company in the portfolio must be contributing towards a more sustainable future through their products and services,’ said Qian.

The straightforward pitch is that by making electric cars, Elon Musk’s company is combating climate change.

‘Tesla is making a product that is going to be immensely helpful for us to combat climate change with its electric vehicles,’ said Qian. ‘Energy storage and solar panels are also great for this.’

And yet, Qian acknowledges, the company has plenty of critics.

‘Over the last three and half years there have been constant attacks on Tesla,’ he says. ‘On investments, on sustainability, on pretty much every angle that you can attack a business from there has been someone attacking Tesla.’

Some of this comes from an online group called TSLAQ (Q is the Nasdaq symbol for bankruptcy), which has used aggressive tactics against the company in an attempt to undermine its share price. A lot of the arguments from people claiming to be from this group are centred on the company’s controversial chief executive. 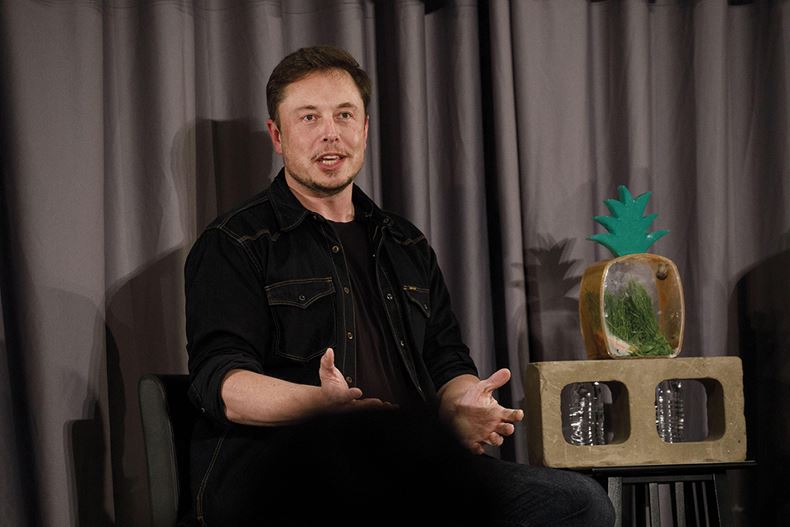 However, these ‘attacks’ have also often come from analysts and journalists who have been reporting the facts. For example, in 2019 Forbes revealed that Tesla was fined more than any other automotive manufacturer in the US for health and safety breaches between 2014 and 2018.

‘It’s an engagement issue for us,’ says Qian. ‘There’s no doubt that in the past there were things that Tesla could have improved in its health and safety.

The fund has three impact analysts in the team who assess how companies are performing. They will look at certain targets, such as UN Sustainable Development goals and how many people benefit from the impact of a product, and map those against a company’s performance. They will also engage with businesses the fund invests in.

‘We reaffirmed our commitment and support for the company to really invest in health and safety. Tesla has come out with the ambition to be the safest automotive factory in North America, and we have monitored progress since then. Over the last couple of years, the injury rates have reduced, it has really made a lot of progress on that.’

Whether this progress will be maintained is another matter. Last year, a Californian judge ruled that Musk and his fellow executives broke the law when they tried to stop Tesla employees unionising. He was also criticised in May for reopening the Tesla factory in California despite the spread of Covid-19, although a court did rule that appropriate safety measures were in place.

Inevitably there are trade-offs in any investment decision. This is no different when it comes to sustainable funds. A company that has a positive impact is not always going to be one that is uncontroversial.

Qian acknowledges there are still faults in the business, but is optimistic about the ability to engage with companies for better results.

‘It’s a controversial business, we’re not going to say every single aspect of how it operates is perfect, and there are always things that can be improved,’ he said. ‘But just like the health and safety example, we are very confident that through good engagement and good dialogue with the management team, we can help them and support them on that journey to improve.’