It is no secret that in recent years South African investors have been moving growing amounts of money to the perceived safety of cash and fixed income. This trend appears to only have accelerated in 2020.

The graph below from PSG Wealth shows how flows into its funds have changed since 2010. What is significant is that after five years of steadily growing allocations to multi-asset solutions, flows into these funds have reduced meaningfully in the second half of the decade.

‘For the period 2010 to 2016, the multi-asset portfolios (Preserver FoF and Moderate FoF) consistently received 60%+ of our domestic net flows per annum,’ PSG Wealth noted. ‘In 2017, this decreased to 40% and more recently has fallen to below 20%, with advisers preferring to use more single-asset funds on the domestic side, specifically cash, while also allocating more to offshore over the last three years.’

The allocations to cash for the year to date really stand out. More than 40% of net flows have gone into this asset class.

This has essentially come at the expense of flows into multi-asset solutions, which had for so long been the preferred local investment vehicle. The obvious reason is that returns from balanced funds over the past five years have failed to live up to investors’ expectations.

This is a consequence of the weak performance of local equity markets. However, at the same time, high real interest rates have seen unusually high returns from cash.

‘This goes against what is traditionally expected in investments – namely, that over the long-term riskier assets, specifically equity, should outperform and this growth exposure is required to beat inflation,’ PSG Wealth noted.

The firm illustrated the extreme nature of this disparity in two graphs.

The first shows the annualised risk-return relationship of the major ASISA unit trust sectors over the last 15 years.

Risk/return of domestic ASISA categories over the last 15 years 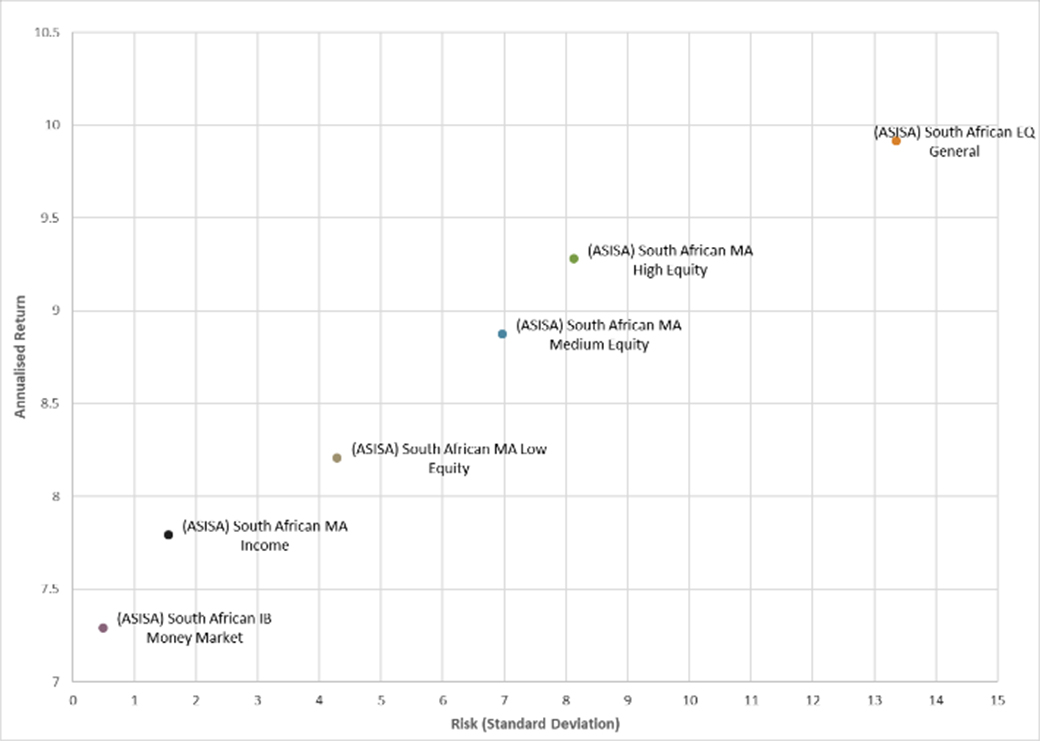 This is exactly how one would expect this efficient frontier to look. The higher an investor went on the risk spectrum, the greater their return.

That however contrasts against what has been seen from these same major fund categories over the past five years, shown in the graph below.

Risk/return of domestic ASISA categories over the last 5 years 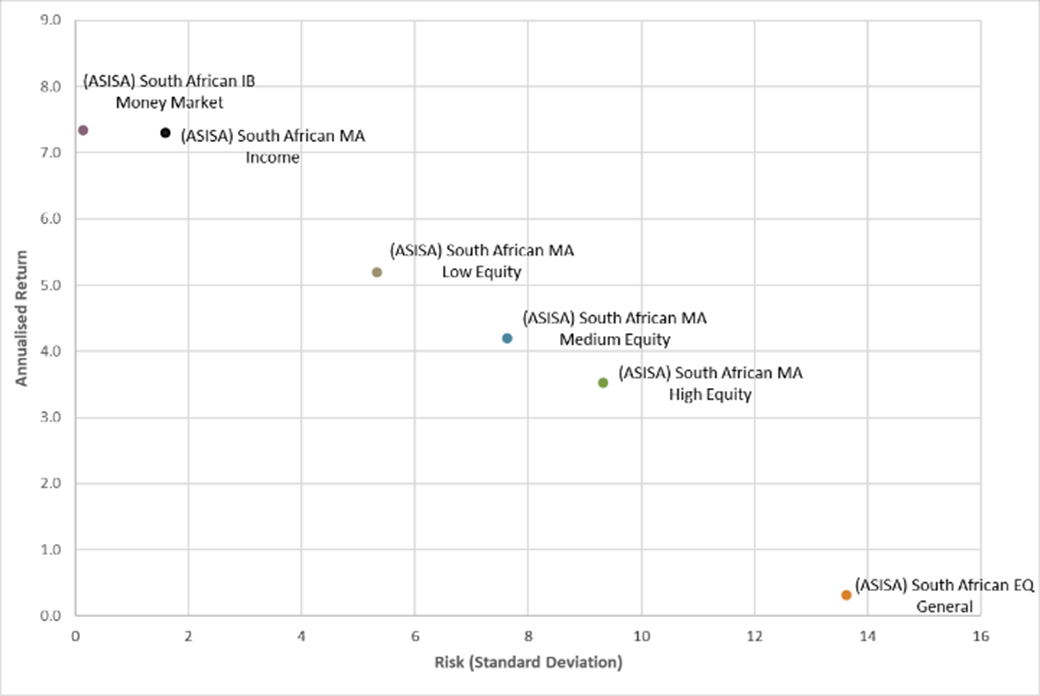 ‘The risk-return relationship between conservative and growth assets was inverted with the least risky asset, cash, providing the highest return,’ noted PSG Wealth. ‘Thus, funds with high South African growth asset exposure struggled, and multi-asset funds across the risk spectrum suffered due to this abnormal period of returns. To have done well over the last five years, you needed to allocate your South African assets to cash – which goes against the objectives of multi-asset investing.

‘It has been an unprecedented time in investment markets. The poor returns had resulted in many investors withdrawing from balanced funds and moving mostly to fixed income funds, buoyed by good bond and money market returns.’