Baillie Gifford has made as much as £16bn (R360bn) for its clients from its big bet in Tesla in the 12 months to June, as the company’s stock has soared.

Citywire Wealth Manager estimates of the unrealised profit, gross of trading and admin costs, show the scale of the rewards due to senior Baillie Gifford manager James Anderson, who has become Elon Musk’s most vocal champion in finance in recent years, in the face of .

The Edinburgh-based fund house has a 6.7% stake in the car company, making it the second-biggest backer after chief executive Elon Musk, who owns 18% of the business.

While the asset manager first bought the stock in 2012, when it was trading at around $30, the Tesla share price only really exploded in recent months on a wave of retail interest. It has returned more than 500% in the past 12 months as the shares rocketed from $219 to close to $1,500.

However, Baillie Gifford partner Scott Nisbet said that owning the stock had not always been a comfortable experience.

‘Tesla has almost gone bust at least twice during our ownership and in the early days it was seen as a bit of a joke,’ he said. ‘People were saying we had lost our minds. It wasn’t easy to keep holding on to it.’

The spectacular re-rating this year, which has carried the stock to a multiple of 112 times forecast earnings, has followed the firm’s first run of quarterly profits. Tesla is, however, yet to break into the black over a full year.

Despite that, excitement about its position at the forefront of battery technology has made it the world’s most valuable carmaker ahead of Toyota. Tesla’s market capitalisation is around $276bn, compared to Toyota’s $211bn.

This staggering run-up has forced Baillie Gifford to trim its position in the stock as a number of its funds approached regulatory limits on what they can hold in a single company.

The house sold 1.75 million shares at an approximate price of $500 each earlier this year, making an estimated $850m, according to Bloomberg and Morningstar data.

With purchase costs for this amount of shares in 2012 being around $50m, Baillie Gifford made an estimated profit of $800m, gross costs.

The asset manager still owns around 12 million Tesla shares, which in mid-July were trading at a price of $1,524, up from $250 a year ago, meaning the firm made gains of around $15bn in that time on this one stock alone.

Adding to the gains from its first quarter sale, Citywire Wealth Manager’s calculation brings the total amount for the year to $15.8bn, which Baillie Gifford did not dispute when we put this figure to them.

Nisbet told Wealth Manager the firm has had to make further cuts to its stake since the end of March, adding more to its net profits on the stock, as the volatility meant fund limits kept being breached.

‘[In June] there were days when we had to trim our position to get under the guidelines at the beginning of the day and we were over them again by the end of it,’ he said.

The fund houses with the biggest stakes in Tesla

Nisbet added that although the profits made from Tesla are only a fraction compared to what the firm has made from its early bet in Amazon over the past 16 years, the current numbers are a testament of Baillie Gifford’s investment philosophy of taking .

The fund house first bought into Amazon in 2004 when shares were trading at an average price of $40 and its market capitalisation was about $18bn. This has now gone up to $1.5tn with shares rallying at over $3,000.

Hard to keep the faith 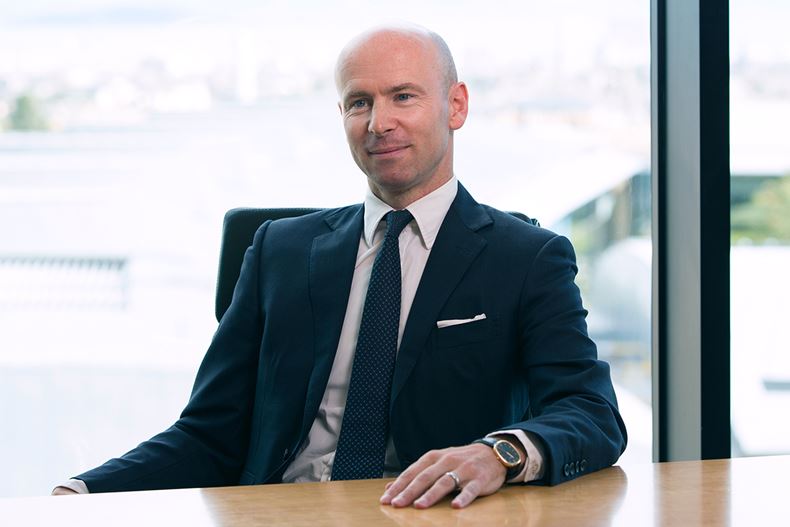 Nisbet (pictured) said that one of the hardest things for a fund manager is to hold on to a stock and let it grow as poor newsflow and pressure in client meetings can often force them to exit a holding before it’s time.

‘And what do you think the conversations were in the first 10 years of owning Amazon? People were saying it was never going to make a profit. Now they say “why do you own it? It will be heavily regulated and could be broken up”.

‘They are all valid questions but in the meantime you have missed out on a 90-fold increase in value.

‘I’m not saying we don’t make mistakes, but when it works it works spectacularly well that all of the mistakes don’t really matter.’