South African fixed income hedge funds don’t seem to be paying much attention to the logic that low interest rates mean low returns, with some funds returning over 10% for the year to date.

The Terebinth SNN Fixed Income Macro Retail hedge fund has delivered 16.21% for the year to the end of September, thanks in large part to a good call on interest rates.

Co-manager of the fund and CIO of Terebinth Capital, Erik Nel (pictured above), said coming into 2020 the expectation was that inflation would be relatively high.

‘Our view was that inflation to the topside had been overestimated by authorities and strategists,’ said Nel. ‘We also felt growth was slightly over-estimated and that the fiscal situation in South Africa would worsen.

‘We have had a broad strategy across the business since late 2018. We are long monetary policy and short fiscal policy. For the last six or seven quarters we have been positioned for lower interest rates. As a result, we were quite bearish on long instruments on the yield curve, specifically across various types of strategies.

‘The interest rate view worked out,’ he said.

The good returns the fund achieved have for the most part been consistent, apart from a period in March and April when volatility was high.  The reason is what Nel described as the biggest sell off in financial markets in his 20-year long career, resulting in a month he called Terebinth’s black swan. In addition, there were liquidity issues.

‘In March, for the first time in my financial career of over 20 years, there was a window of one to two weeks where there really was no liquidity,’ said Nel. ‘You either had the right position and did well at this time, or you didn’t and had to sit it out.

‘We were on the wrong side of things in March, but we stuck to our firm belief that interest rates would be cut so we stayed in those trades.’

Also feeling the effects of the liquidity squeeze in March was the Southchester Smart Escalator Prescient QI hedge fund. Notwithstanding the squeeze, the fund achieved 15.269% for the year to end September 2020. The fund has delivered consistent returns in excess of 13% annually since inception over the last three years.

Andra Greyling, MD of Southchester Investment Managers (pictured below), who manages the fund with Gregg Bayly, said their alpha is created through the selection of assets together with the mechanisms used for gearing the assets in the portfolio. 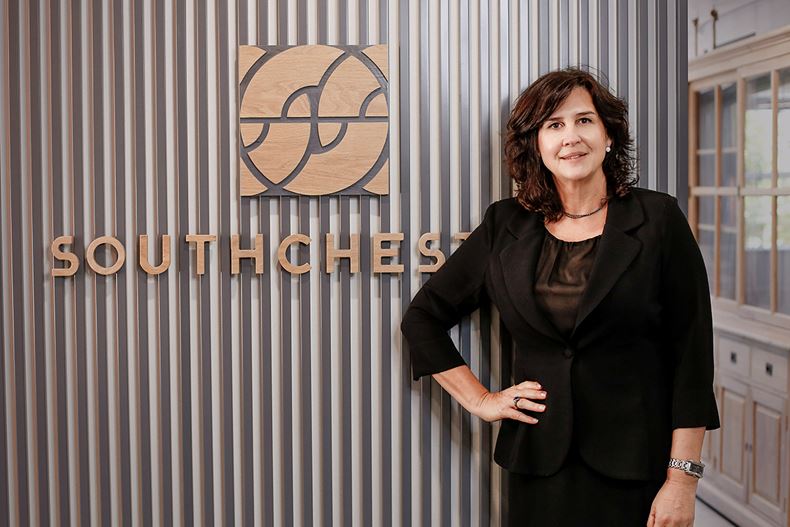 ‘Liquidity is key,’ she said.

Greyling said the SARB supported the market with normal liquidity when the big sell off occurred, but at the same time the banks immediately stopped supplying additional liquidity to the broader market, fearing the worst in withdrawals, and focusing on their own liquidity.

‘Speculative long positioning in bonds had to be sold as no liquidity was available and contributed to a further sell-off.

‘After further discussions with market participants, the SARB injected huge amounts of liquidity into the repo market for periods of up to one year, and lowered the banks’ minimum cash reserve requirements.’

Greyling said that yield opportunities were to be found in spreads on floating rate notes and fixed rate assets, during and after the March blow-out.

‘Huge discrepancies existed in liquidity costs during the rapid changes in the interest rate curve.’

Fixed income is about economics

Nel said fixed income is driven by economics, which is why understanding fiscal policy is so important. At the short end of the market monetary policy matters, beyond that there are many more opportunities in bonds, nominal and inflation-linked, and here fiscal policy matters.

‘At the same time, fixed income is a very mathematical asset,’ said Nel. ‘Our approach is that you have to equally understand the direction or path of the asset class, which is the macro element and fiscal policy driven, in addition to the mathematical aspects.’

Credit, not so much

The credit market is also an option for fixed income funds. But Nel said the Terebinth fund sees credit as beta and not alpha.

‘We will use credit as a form of capital guarantee, but the market in South Africa is small, underdeveloped and illiquid,’ he said. ‘We don’t use it to generate alpha.’

Greyling said there are sufficient opportunities in credit, but you have to analyse properly and read the fine print.

‘You have to be very sure of what you are investing in and the impact on the fund’s return,’ she said. ‘Liquidity is a scarce commodity in this area, but credit assets should make up a small percentage of the portfolio to provide diversification.’

‘However, there are some accessibility issues, despite the inclusion of more hedge fund managers on platforms.’