For the three years to the end of September, the Fairtree Equity Prescient fund was the top-performing South African unit trust. Over five years, it is second only to the Ninety One Value fund.

As the chart below shows, it has substantially out-performed both the FTSE/JSE All Share Index and the category average over this period. While average local equity fund returns have been below 4.5%, the Fairtree Equity Prescient fund is up 57.5%. 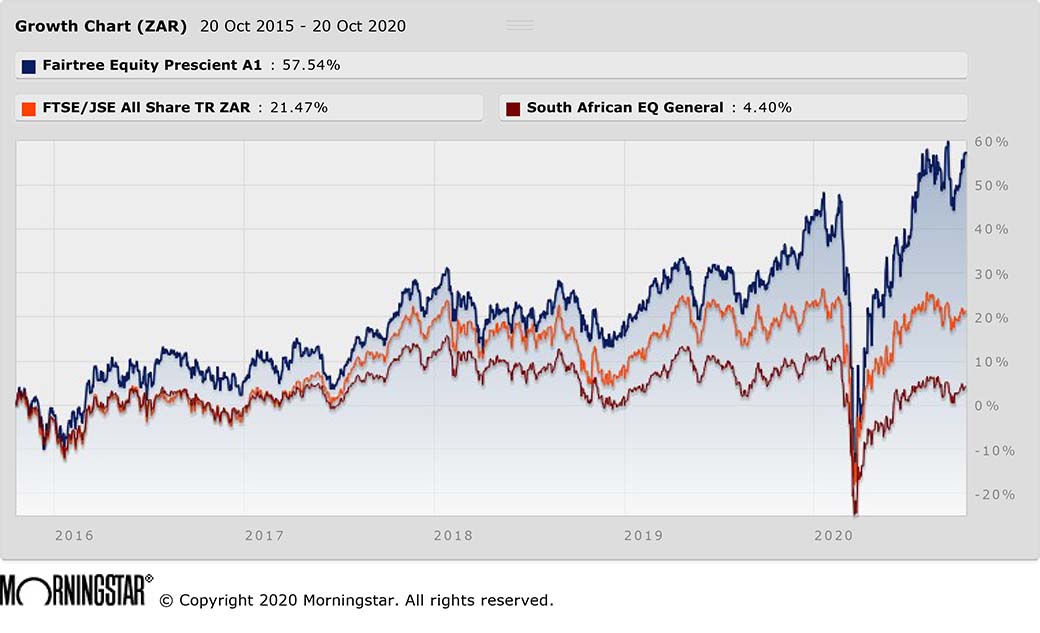 This divergence in performance has been just as pronounced over the past 12 months. For the year to the end of September, the fund had gained 18.2%, against an average performance in its category of -3.2%.

‘What did one need to generate this return? Gold equities have done well, and that’s somewhere we have been actively positioning for some time,’ said co-manager of the fund, Citywire A-rated Stephen Brown (pictured above). ‘Naspers has had a very good year so far, and we still like the opportunity set there. And there have been good returns from platinum stocks and diversified miners.’

The fund has caught every one of those tailwinds. It has also avoided stocks like Sasol that could have detracted significantly from performance.

‘We have also had a fairly low weighting to equities exposed to the South African economy,’ said Brown. ‘But we are steadily transitioning our portfolio into some of these companies, because we think the opportunity set is starting to look particularly interesting.’

The graphic below shows illustrates the changes to the positioning in the fund.

The first block from the left is the allocation within the fund at the start of the year. The second shows how the fund would currently look if no changes had been made. The third block is the actual current allocation.

‘Our current positioning represents a strong move into companies exposed to the South African economy, with still a good position in platinum, gold and diversified miners, as well as consumer rand hedges,’ said Brown. ‘But what we have completely sold out of defensive counters. We have no AB InBev in the portfolio, no British American Tobacco in the portfolio, and no Sasol in the portfolio. We hold no paper companies, and no Bidcorp.’

Brown noted that Fairtree is fully aware of the challenges South Africa is facing, particularly with corruption and the government’s balance sheet. However, the firm is nevertheless finding reason to be more positive about local equities.

‘That is both from a bottom-up perspective, as far as valuations are concerned, and from a top-down macroeconomic perspective,’ said Brown. ‘We think that we have external drivers that are favouring South Africa.

‘Those include the global economic recovery we are seeing, and the high prices we are seeing in various commodities that will filter through into this economy. We also think the Ramaphosa presidency has put South Africa on a different path, and we are steadily moving in the right direction. It’s going to take time to undo a decade of the Zuma era, but for us the markers that we are watching for are giving us a fair amount of hope that we are changing direction.’ 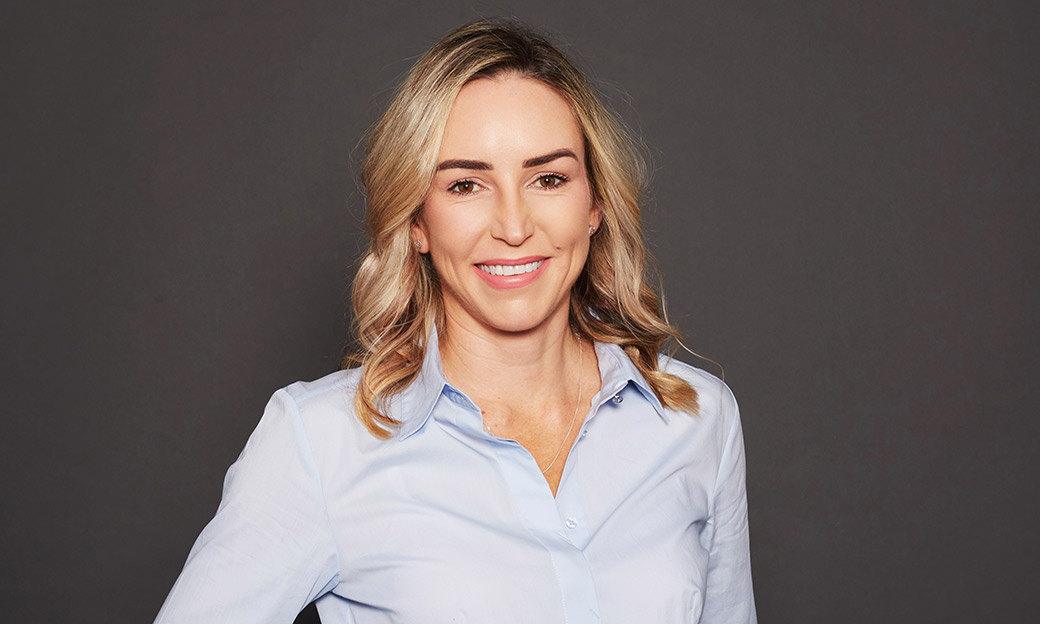 Fairtree equity analyst Chantelle Baptiste (pictured) added that while the country has been in a crisis of confidence for some time, there are significant external tailwinds that have supported, and will continue to support the economy.

‘What we sell to the world, precious metals, has been high and what we buy from the world, oil, has been low,’ said Baptiste. ‘This has resulted in favourable terms of trade and a current account surplus. The mining sector has also been generating significant levels of cash that can go back into our fiscus.’

Based on current spot prices, Fairtree estimates that mining companies could pay 52% more in taxes and royalties in 2021 than they will this year, and a further 71% more the following year. This will add meaningful support to government’s finances. 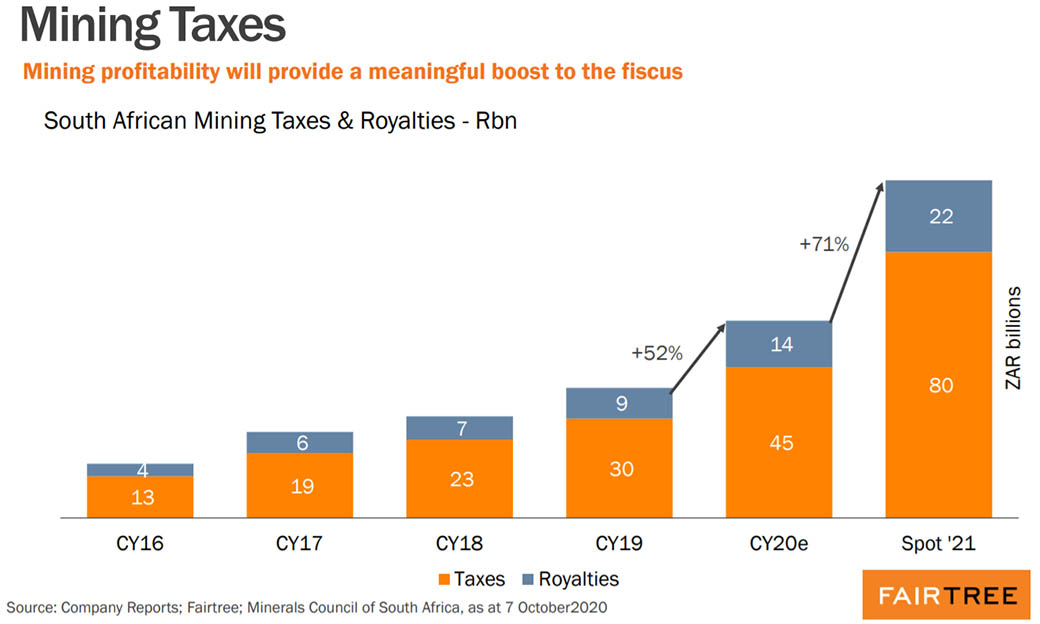 ‘The market is not pricing this in,’ said Baptiste. ‘And I’m not 100% sure that National Treasury is factoring this in. This could be a significant tailwind for the fiscus if metal prices hold for some time.’

Baptiste added that while the prices of stocks exposed to the local economy have been ‘decimated’, recent company results have ‘shown resilience’.

‘Retailers that came out with results, both food and apparel, have shown significant and strong cash flow generation and the ability to also raise capital,’ said Baptiste.

‘Where valuations are now, we think that they have arrived at a bit of a bottom. We see little downside risk from a valuation perspective across SA Inc counters.’

Fairtree also believes that what the market is pricing in for GDP growth in South Africa could be too low.

‘The market expectation for GDP this year is -9.0% and rebound to 3.5% next year,’ she said. ‘We are arguing that we could actually have a sharper rebound, which isn’t being priced in at the moment.

‘An important overlay is to also understand what is happening in emerging markets. We are an emerging market, commodity exporting country. If we had to see dollar weakness and a risk-on environment where emerging markets are back in vogue, South Africa would stand at the front of the queue to benefit. We have a cheap rand, our bonds are attractive and our equity market is attractive.

‘So, we are constructive on South Africa,’ said Baptiste. ‘We think reform is coming through, is evidenced, and is only going to gain momentum from here.’